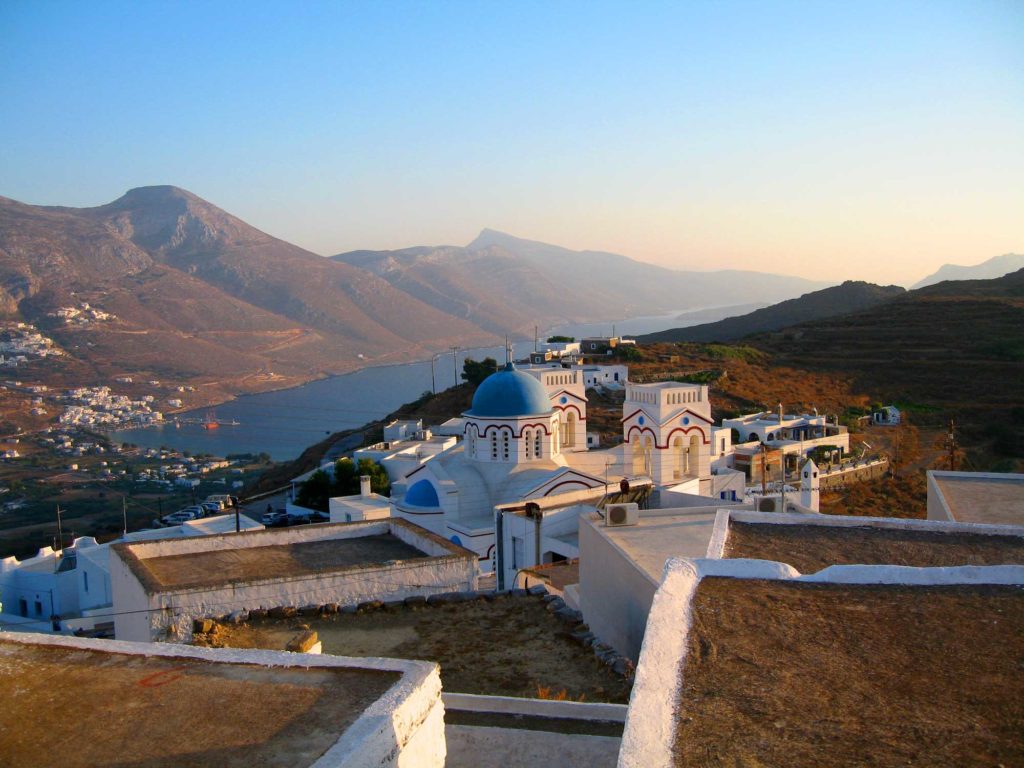 Amorgos is the easternmost island of the Cyclades island group and the nearest island to the neighbouring Dodecanese island group in Greece. Along with several neighbouring islets, the largest of which is Nikouria Island, it comprises the municipality of Amorgos, which has a land area of 126.346 square kilometres (48.782 square miles) and a population of 1,973 (2011 census).

Due to Amorgos’ position opposite the ancient beaches of Ionian towns, such as Militos, Alikarnassos and Ephesos, it became one of the first places from which the Ionians passed through to the Cyclades Islands and onto the Greek mainland.

Tourism is going up slowly, although the island features prevent mass tourism. The island is accessible only by boat. The 3 main places of tourist accommodations are Katapola, Aegiali and Chora. Hiking ways are relatively well maintained. Other activities are scuba diving, activities relating to wellness, and the beaches (although it is not the main attraction of the island compared to other Greek islands).