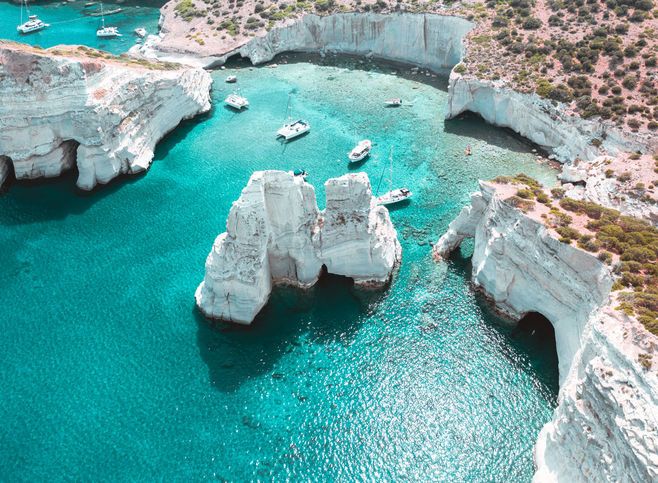 Milos or Melos (/ˈmɛlɒs, –oʊs, ˈmiːlɒs, –loʊs/; Modern Greek: Μήλος [ˈmilos]; Ancient Greek: Μῆλος Melos) is a volcanic Greek island in the Aegean Sea, just north of the Sea of Crete. Milos is the southwesternmost island in the Cyclades group.

The Venus de Milo (now in the Louvre) and the Asclepius of Milos (now in the British Museum) were both found on the island, as were a Poseidon and an archaic Apollo now in Athens. Milos is a popular tourist destination during the summer. The municipality of Milos also includes the uninhabited offshore islands of Antimilos and Akradies. The combined land area is 160.147 square kilometres (61.833 sq mi) and the 2011 census population was 4,977 inhabitants.